I Think HAYOTH May Be Dead

I created the "band" HAYOTH a few years ago as a banner under which I could release music, and not have to put my name on it. The reason for this was two-fold: The first being that I had put out some material as "Mark Pracht" that was...developing would be a kind description. It also relied on a drum machine, and that tended to make everything very regimented, not to mention that...because I have never mastered programming drum machines...I was limited to a fairly (in the grand scheme) set of pre-set beats.

When I bought a electronic drum kit, I found myself in a position where a live, human being (even if it was just me overdubbing myself) was playing all the tracks on every song. Suddenly, I felt like I wanted to differentiate what I was doing from what had come before. So, inspired by a meme game that was going around facebook at the time, I came up with a "fake album" that I just made not fake. Hence was born HAYOTH's "...And Getting Dollars Back."

Two more albums followed...and all three are, more or less, flawed. I still think some of my stuff is pretty good, and I'll listen back to the second HAYOTH disk, "Uptown," in particular, and there's some strong work.

I'm pretty sure you've all heard this stuff but it can be found here:

But, as I write I have 4 songs in progress for the next album/project/whatever you want to call it...and it's feeling more and more like hiding behind this "band" doesn't fit what's coming out of me. Thinking about what happened with the election has made me think about my grandfather, my uncles, my aunts...people who've been...to greater or lesser extents...demonized by a lot of people around me. I like to think that my Grandpa would've seen though the bullshit, but I certainly know one of my uncles, and some of my cousins, did not. I never made my living from the land, but they did, and do.

Combine this with really coming back to the singer/songwriter side of my listening habits...Springsteen, Steve Earle, Merle Haggard, Sturgill Simpson, Waylon Jennings, etc have been dominating my headphones lately...

I also find myself in the grip of some crippling writer's block, but...that comes and goes.

I am certain there will be rock influence and elements to my work. I can't escape what kind of a player I am...but, listening to Steve Earle, in particular, I am becoming much more enamored with minimalism. My riffs don't have to be complicated, and making them needlessly so just to impress someone who's not listening anyway (which I am definitely guilty of) is a pointless exercise. I took a bit of time, and worked out how to play Earle's "Copperhead Road" on mandolin, and it felt so good.

It also felt like it gave me more space to use the limited tool that is my voice in it's best light.

So, last night, I did a factory reset on my guitar amp...bridges are burned, and I'm starting out on a new path. I may come up with some new mask to wear, or maybe I'll be brave enough to put my name on it

I'm also done with giving my music away. I'm going to actually try to sell it, going forward.
Posted by mpjedi2 at 12:07 PM 1 comment: Links to this post

On My Mind a Lot This Week

Growin' Up
by Bruce Springsteen

I stood stone-like at midnight, suspended in my masquerade
I combed my hair till it was just right and commanded the night brigade
I was open to pain and crossed by the rain and I walked on a crooked crutch
I strolled all alone through a fallout zone and come out with my soul untouched
I hid in the clouded wrath of the crowd, but when they said, "Sit down," I stood up
Ooh... growin' up

The flag of piracy flew from my mast, my sails were set wing to wing
I had a jukebox graduate for first mate, she couldn't sail but she sure could sing
I pushed B-52 and bombed them with the blues with my gear set stubborn on standing
I broke all the rules, strafed my old high school, never once gave thought to landing
I hid in the clouded wrath of the crowd, but when they said, "Come down," I threw up
Ooh... growin' up

I took month-long vacations in the stratosphere, and you know it's really hard to hold your breath
I swear I lost everything I ever loved or feared, I was the cosmic kid in full costume dress
Well, my feet they finally took root in the earth, but I got me a nice little place in the stars
And I swear I found the key to the universe in the engine of an old parked car
I hid in the mother breast of the crowd, but when they said, "Pull down," I pulled up
Ooh... growin' up
Ooh... growin' up
Posted by mpjedi2 at 8:45 AM No comments: Links to this post 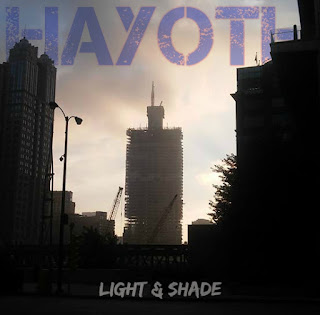 Posted by mpjedi2 at 4:00 AM No comments: Links to this post

What can I say? I really don't care much for his Snape. 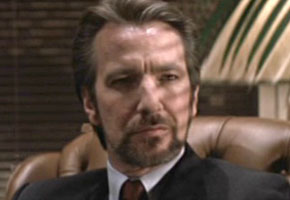 Posted by mpjedi2 at 6:43 AM No comments: Links to this post


That's a hard line to write.

Lemmy passed away on December 28th, 2015, after being diagnosed with an "aggressive" cancer on December 26th. Two days after his 70th birthday.

There's that old joke that Keith Richards is immortal, that when the Earth is a barren wasteland, it'll just be Keef and some cockroaches. That Richards somehow embodies rock n' roll...

But I'm here to tell you, Lemmy Kilmister was more rock n' roll than Keith Richards will ever be. Lemmy had a small apartment in LA a few blocks from the Rainbow Bar & Grill, where he could regularly be found sipping drinks and playing video poker (a video poker game that was actually moved to his apartment for the last few days of his life). Lemmy played his final show just 20 days before his death. Keith, for all his awesome qualities (and there are many), lives on an estate in Jamaica, ensconced from the world between Stones tours. Motorhead toured hard, and was never so popular as to have the comforts of massive success. They played - worked - because they had to.

Motorhead released 21 albums in 28 years, and still had to push themselves on the road constantly. This year, they played 54 shows, all while Lemmy was suffering with multiple medical problems. Lest I ignore facts, it's clear that Lemmy LOVED touring, and mentioned several times that he'd be happy to die on stage. I'm sure there would've been lots of shows either way, but perhaps Lemmy could've traveled in a bit more comfort. I won't even go into the weird merchandising choices the band has made in recent years.

A few years ago I found myself listening to a lot of Motorhead, right about the time AC/DC was issuing another cookie cutter album and launching a world tour. It struck me very strongly that AC/DC and Motorhead were very much in the same business, but Motorhead was simply miles better at it. There is a certain cynical, distanced quality I always detect in AC/DC, they have an understood, practiced formula, whereas Motorhead felt honestly raw. They weren't the best players, their songs tended to be blunt-force instruments, and Lemmy's influences, in many ways, began and ended in the 1950's with Buddy Holly and Eddie Cochran. Their catalog is filled with riffs that are lifted from the earliest days of rock n' roll, but played with the attitude (and volume) of a man who'd lived though the eras of Hendrix and Zeppelin.

I may be kidding myself about that, but I can only go by what I know of the man who simply was Motorhead, Lemmy Kilmister. There is a palpable sense in everything about Lemmy that the man simply didn't care to play by your, or anyone else's, rules, because his rules were working fine for him. His interviews ring unflinchingly honest, and the man clearly had no interest in insulting anyone, yet also had no time for PC self-censorship. He spoke the truth, as he saw it, and didn't expect his truth to be universal.

If you want a really good look at who he was, I'll recommend the documentary Lemmy: 49% Motherf**ker, 51% Son Of A Bitch

Lemmy was singular, he was an original, he was an icon, warts and all (no pun intended). I'm very aware that we shall not see his like again. RIP, good man...you deserve it. 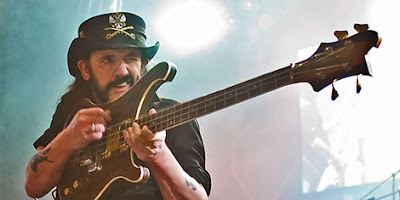 Posted by mpjedi2 at 9:30 AM No comments: Links to this post

I really, really am digging this album, and especially this song.

Please, don't let me go
Under the rock where I found
My place in the crowd
Hope for the fathers and sons

Please, don't let me go
Posted by mpjedi2 at 1:39 PM No comments: Links to this post

Email ThisBlogThis!Share to TwitterShare to FacebookShare to Pinterest
Labels: Baroness, Chlorine & Wine, Stuck in My Head


It Hasn't Happened Yet
by William Shatner

I was crossing the snow fields
In front of the Capital Building
It was Christmas and I was alone
Strange city, strangers for friends
And I was broke

Yes, there are nods in my direction
Clap of hands, the knowing smile
But still, I'm scared again

Foot slipped, pebbles fall and so did I
Almost, oh my
On Yosemite, the big grey wall
(Fear of falling)
Where to put my foot next
(Fear of failure)
I'm afraid, I'm going to fall
(Be at one with the mountain)

When is the mountain scaled?
When do I feel I haven't failed?
I've got to get it together, man

People come up and say, "Hello"
Okay, I can get to the front of the line
But you have to ignore the looks and yet
I'm waiting for that feeling of contentment
That ease at night when you put your head down
And the rhythms slow to sleep

My head sways and eyes start awake
I'm there not halfway between sleep and death
But looking into eyes wide open trying to remember
What I might have done, should have done
At my age I need serenity I need peace